How To Relocate & Sell Your Home in Virginia 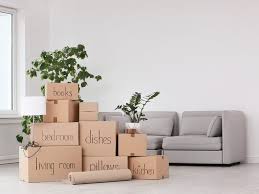 Ask anyone who’s gone through the process, relocating and moving is a complicated and stressful endeavor. Even in the best of scenarios, there are just so many factors that you need to think about and consider. It’s because of this incredible stress that our local real estate office here in Fairfax has worked with so many families looking to head out of town. Honestly, it’s just not a fun process to do by yourself.

It doesn’t matter whether you’re just moving a city or two away, leaving the state or region entirely, or getting ready to move overseas, the process is always the same. You’re going to need to know where you’re going, how to get your stuff there, and how to ensure your family can adjust to their new surroundings.

And that’s just the easy part.

Your bills don’t care whether you open them; just that they get paid.

So, what’s there to do? How can you make the most out of your relocation project while also selling your home here in Virginia?

Selling Your Virginia House and Getting You On the Road

So, there are two people reading this. Person “A” is checking this out with over 90 days before he’s got to get out of here. He’s got plenty of time between now and getting his house sold.

Person “B” is someone who’s got a week. They’ve been trying to sell their house and nothing’s working. Things are already solidifying at the new place and she doesn’t know what’s going to happen here.

Now, you might think these people are far off, or that “Person B” is in a messed up situation compared to “Person A.” The reality is, while “Person B” has less overall time, “Person A” needs to move with the same intensity if they want THEIR home to be sold.

So, Person A could meet with their local real estate agent and get the property on the market. They could also just put the property on the market themselves through an online platform like Zillow or Craigslist. Problem is that those methods, even in the best of cases, are going to have you cutting it close. You may luck out and find the perfect buyer, but even then you’ll be cutting the situation closer to Person B’s situation than you’d initially like to think.

The fact of the matter is, no matter how much time you’ve got, you’re going to need to sell your house FAST!

The Best-Case Scenario: Determining the Perfect Time to Sell Your Home

Each person’s situation is different. As such, you’re going to need to know how fast you’ll want your house sold while still in Virginia. Will it need 6 months? 30 Days? A few weeks? That’s what you’ll have to figure out.

In most situations, the Best-Case Scenario should be as close to the day you move out as possible. Yeah, you heard me. You want to be out of that house as late as possible while still having a confirmed sale. This ensures you aren’t feeling rushed to move out, so you’re living out of a hotel, but also not having to double up on your bills and other housing costs.

Suddenly, “Person B” doesn’t seem too bad of a situation anymore, does it?

Selling for As Much As You Can, or As Fast As You Can?

You might want to sell as fast as possible for the price you want by someone ready and willing to throw in that year’s mortgage and other costs. The reality isn’t so favorable.

Selling for above the market price may “seem” like the financially savvy thing to do, it only really works for the person who’s got time. Trust me when I say, the customer is going to fight you on the price. That “fighting” is either going to result in you making less, losing a customer, or giving you a ton of stress as the days tick by.

Not only that, but keep in mind that, while it’s still your home, you aren’t living there for free. How much are you spending by keeping the house up and potentially dealing with the mortgage and bills?

You can play hardball as much as you want, but normally that just leads to a lot of people skipping over your house, you battling it out with the few negotiators in the room, and ultimately (because you’re pressed for time) you end up selling closer to their price anyway! Meanwhile, expect that mortgage payment is coming due, as is the insurance, the utilities, the HOA, and everything else.

You want to sell your home for as much as possible – yes – but, more importantly, you

want to sell your home as FAST as possible. If that is the case… you’ve just lucked out.

By contacting us, here at Integrity Resolutions LLC, you’re getting one of the most reputable and trustworthy Virginia home buyers in all of the state. Learn how we can get your house sold FAST, make your money quickly, and get off on the next chapter of your life.